Bill S-5: The threat of widespread advertising for nicotine

E-cigarettes and other vaping products currently occupy a legal grey zone. Although the sale of these products is against the Food and Drugs Act, Health Canada has chosen not to enforce this law since about 2012.

The illegality of selling e-cigarettes has kept Big Tobacco (and mainstream retailers) out of the e-cigarette and nicotine vaping market, even though they have developed many such products and are marketing them in other countries.

All this will change when S-5 (the proposed Tobacco and Vaping Products Act) becomes law. Tobacco companies will likely enter the vaping market as aggressively in Canada as they have elsewhere. (S-5, which began in the Senate more than a year ago, in November, 2016, is now being studied by the House of Commons.)

This is a cause for concern. S-5 as it is now drafted gives e-cigarette and vaping manufacturers the right to advertise these products in all available media - TV, radio, internet, video-games, newspapers, billboards, corner store windows, bars, text messages, social media, etc. The types of "Vaping Rocks" promotions that BAT is using for its Vype Pebble in the U.K. may soon be invading the e-space of young Canadians. 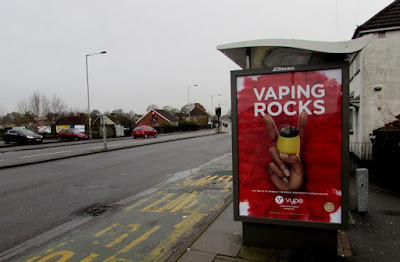 The government currently relies on three safeguards in the bill to protect young people and non-smokers from nicotine marketing:
Decades of experience with enforcing tobacco laws suggest that tobacco companies will see these safeguards as a challenge, not a barrier.

The same experience suggests that the government will wait until a large number of people have been harmed by this advertising before they impose any stronger measures. Indeed, in the proposed regulations circulated late this summer, the government suggests regulations that are virtually identical to those in place under the tobacco industry voluntary code between the 1960s and the mid-1980s.

A better approach is available

Non-combustible nicotine and tobacco products are widely acknowledged to lower cancer risk when compared to regular cigarettes on a stick-to-stick basis. But they are only better for public health if smokers, and only smokers, use them. Dual use of combustible and non-combustible nicotine or tobacco, or use by former smokers or non-smokers, could all worsen the problems of nicotine addiction. These circumstances could result in more, not less, harm from these new vaping and heat-not-burn products.
The benefits of a legal, regulated market for nicotine products can be achieved without the risks contained in Bill S-5.

If the government wishes smokers to be informed about the availability of alternative forms of nicotine, targeted communications at smokers (including through tobacco package warnings and inserts) are a more prudent approach than risking the spill-over effect of television advertising and billboards.

Physicians for a Smoke-Free Canada continues to recommend to parliamentarians that Bill S-5 not be passed in its current form.

(More information on how Canada compares with other countries is available here.)